A Nigerian man lured and killed a gay man he met on facebook for the first time. Two men have been arrested after they killed a homosexual man who contacted one of them via Facebook. 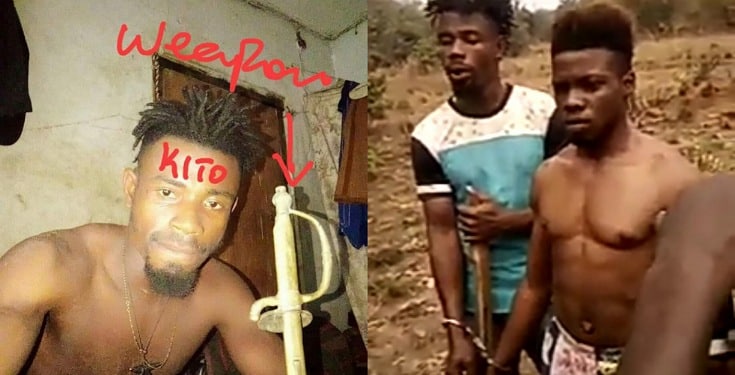 One Kito, aka Utali Ekwensu (the devil’s cane), and his accomplice named Chidi were arrested for killing a man. After being interrogated they confessed to the crime and narrated how it happened.

One Kito, aka Utali Ekwensu (the devil’s cane), and his accomplice named Chidi were arrested for killing a man. After being interrogated they confessed to the crime and narrated how it happened. 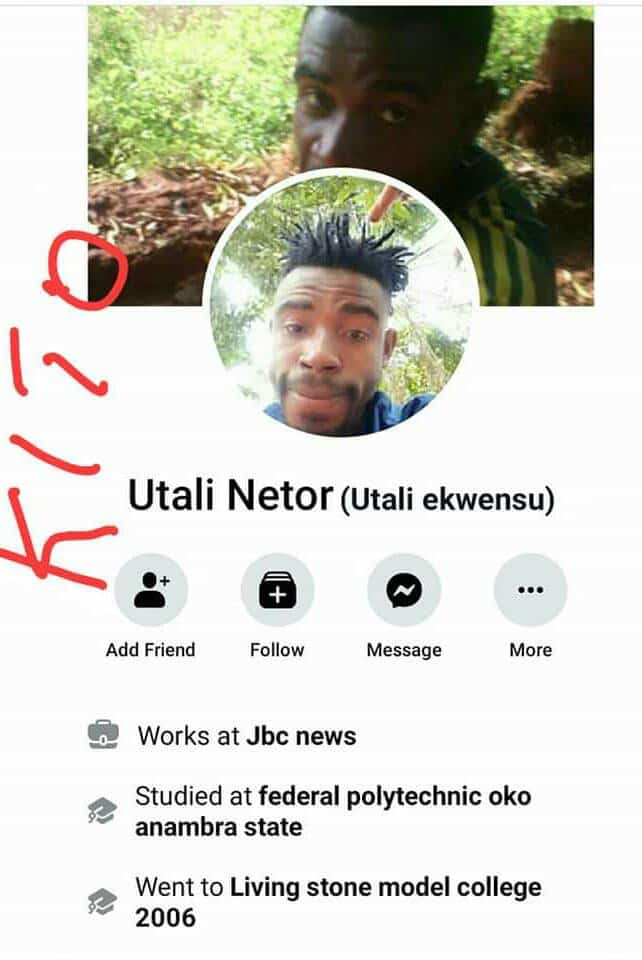 Kito said the deceased, who is from Benue state but lives in Owerri, contacted him on Facebook and propositioned him for sex.

He accepted and they agreed to meet around Kito’s location. The man also promised to give Kito 20,000 Naira after their sexual appointment.

However, Kito had other plans. He said he connived with his friends to steal the 20K from the deceased when he arrives, without rendering the sexual service agreed upon.

When the deceased arrived as planned, Kito asked him for the 20K but the man said he will only pay after their tryst.

Kito then signalled his accomplice and he came out and forcefully tried to collect the money from the deceased.

The men said that a fight broke out and Kito hit the man with the weapon in his hand, killing him.

At first, Kito made it sound like he has multiple accomplices but when asked who else was involved in the murder, he said it was only him and Chidi.

Reports claim Kito specializes in luring gay men, raping them, collecting their money, before killing them. A witness claims his friend fortunately escaped from Kito’s snare.

Below is a video of Kito and his accomplice confessing to killing a man from Benue state.

Hi, everyone. My name is Alapini Precious Omokoshe, I am a blogger, content writer, skin care therapist, make up artist, event hostess, hair stylist, and Industrial chemist. I am well informed and I strive to see others as informed as I am so the world can be a better place.